Archive for the Case Study Category

Largest ever medical gas contract to be placed in the UK 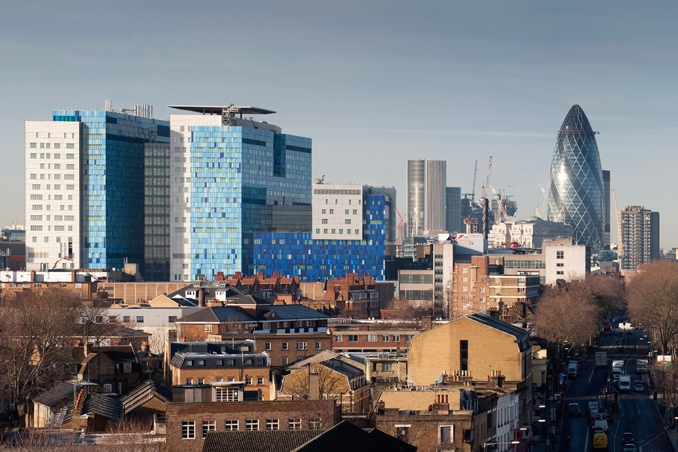 The Royal London and St Bartholomew’s Hospital project is an exciting and challenging opportunity – two hospitals built in the centre of London at a cost of £1 billion.

The historic buildings of St Barts will be refurbished alongside a brand new clinical building to create a state-of-the-art Cancer and Cardiac centre of excellence.

The two new hospitals will have 1248 beds. Over 40% of the beds will be single rooms with en-suite facilities, with the remainder in roomy four bedded bays.

Part of the £10 million project being handled by Skanska, the medical gas contract is the largest ever to be placed in the UK. It has involved over 75 installation engineers and a dedicated team of managers, supervisors, design engineers, CAD draughtsman and Q.A. engineers.

Medical Gases developed the designs for the medical gases at the Royal London and St. Bartholomew’s Hospitals over many months from November 2005 to Aug 2007

The design was developed from architectural floor plans and room data sheets produced by the other members of the design team.

The architectural floor plans were marked up to show all the medical gas outlets required within each department, ward and room.

Each specific gas was then identified with the quantities of outlets per area/space this information was then reviewed against the requirements as laid down within HTM 2022 (regards the provision of medical gases to hospitals) and the following information was derived; quantity of outlets served, pipe sizes, flow rates and max pressure drops

Once this exercise had been completed upon all the floors the total loads could be established for the various medical gas plant and manifolds.

Throughout the design process elements of the building were being amended to suit the changing requirements of the trust and Skanska Innisfree to ensure the contract met the budget.

Upon the completion of the base design it was agreed that Medical Gases would revisit the base designs to incorporate a number of major changes that reflected the trusts final requirements.

To keep a record of the changes to the design each revised drawing has been archived as a record so that it can be revisited if required at a later date.

Once the design of the medical gases was completed for each floor the hand drawn marked up drawings were transferred to the in house CAD department where the drawings were re-drawn.

Over a period of months the drawings were completed and reviewed (in house at Medical Gases’ offices) prior to them being issued externally to the other members of the design team for comment/review.

Upon receipt of the comments from the design team all comments were reviewed for relevancy and all relevant comments incorporated.

For clarity purposes it was agreed to produce drawings in 1:200 scale and 1:100 scale based upon the floor plan drawings being broken into 4 or 5 sections.

From the outset it was evident that the development of the costs associated with the provision of the medical gases would need to be flexible to cater with the ever changing requirements of the trust and the PFI provider throughout the design process.

With this in mind it was agreed that we would take off and bill the materials/labour in a manner to allow maximum flexibility.

Initial estimates were based on marked up hand drawn designs added to architectural drawings prepared by our in house design team. As the project design progressed completed areas were passed to the commercial team so as to provide the package estimate in good time.

Detailed design drawings were produced using our CAD facilities and were re-submitted to the estimators and the whole project was taken off so as to provide a final estimate against which the project Trade Contract order was finally awarded.

The estimate was prepared utilising a highly structured spreadsheet developed by the company over a number of years.

The materials takeoff was progressed so as to provide separate prices with particular reference to individual gas service, individual riser, individual floor distribution or individual departments and individual plant areas all generally as required by the client.

Over time as the original design concept matured, we continually tracked the changes and advised the client of the differences that the design changes have made to the overall price.

Following the successful completion of the design for the medical gases at the new Royal London and St. Bartholomew’s hospital’s we produced a series of costs for the project.

These costs were reviewed at length by the Skanska Innisfree team prior to the contract being awarded to provide the complete medical gas installation.

Upon receipt of the contract , we set up a construction team including 1 no. Contract Director, 1 No. Project Manager, 1 No Site Construction Manager, Project Coordinator and Supervisors, foremen and 70 installation engineers(at peak construction). Initial work was based around installing corridor services within offsite constructed modules to minimise and speed up installation on site. 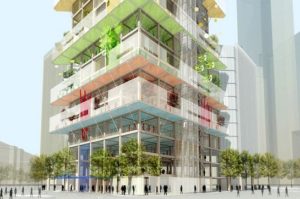 In May 2014 Medical Gases was awarded the contract to install a complete medical gas system in the new state of the art Cancer Centre at Guy’s Hospital. The £160m facility, which is scheduled to open in Autumn 2016, will be a hub for south east London providing specialist cancer services, training, development and research.